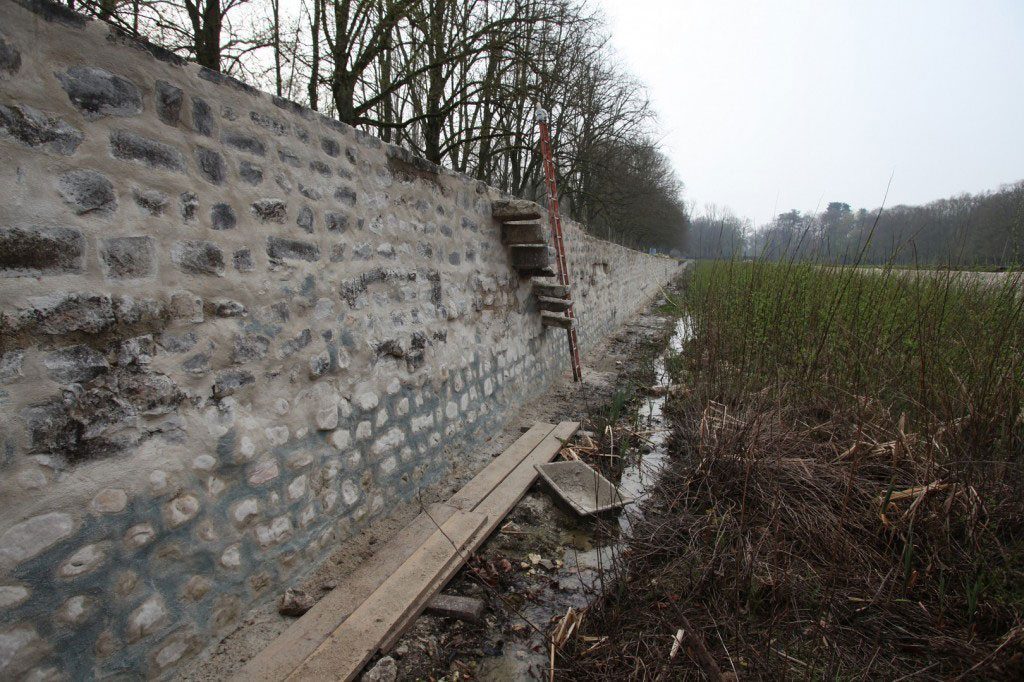 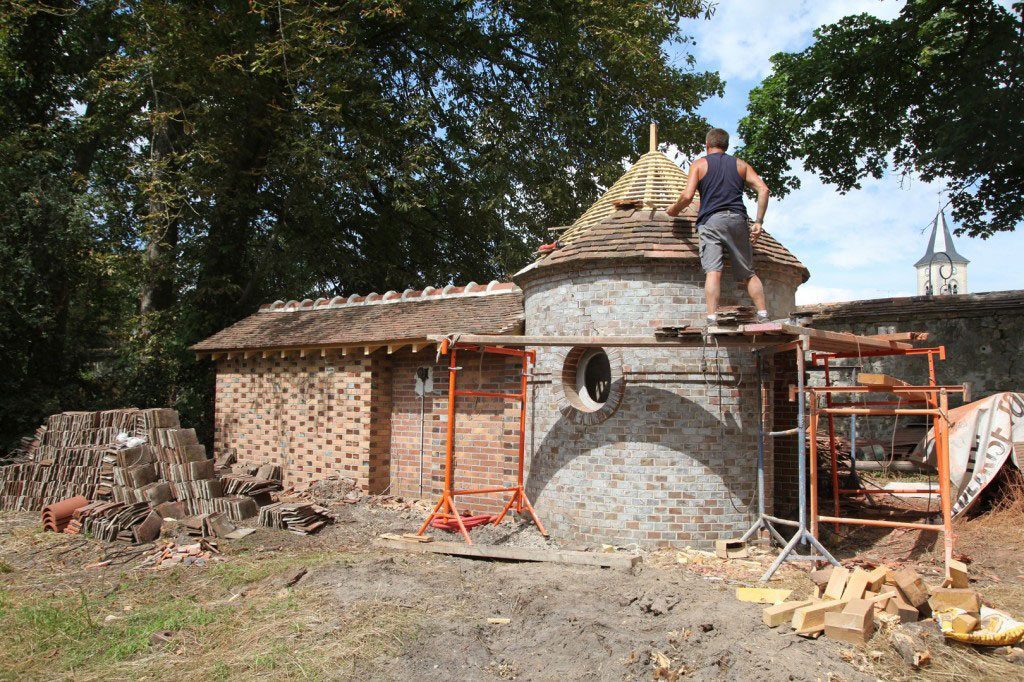 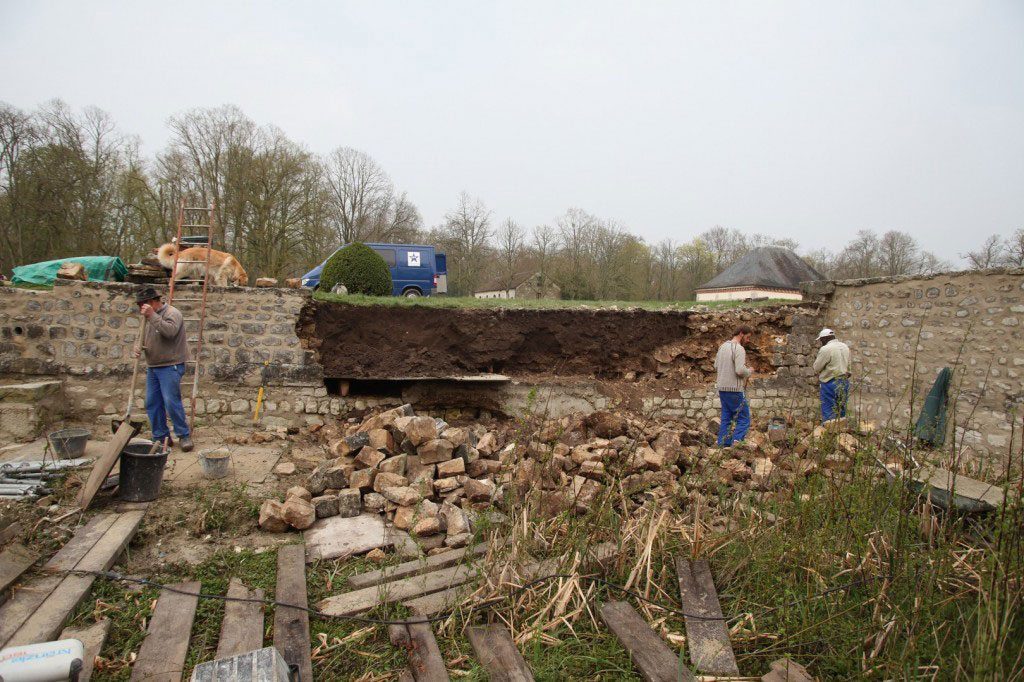 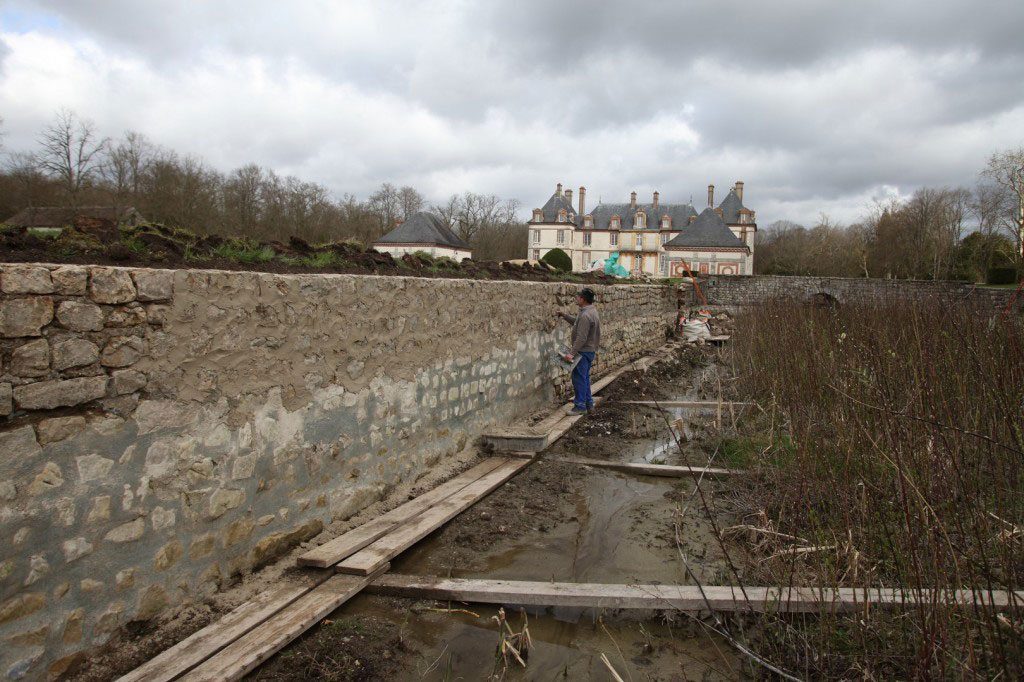 The Architecture of the Castle

A Castle influenced by the medieval era

During the medieval era, Bourron was a fortress “closed with walls and surrounded by moats with water”.

The current map of the Castle is the one determined by the location of the moats.

West and east pavilions are posted at the former guardhouses’ places. The huge aspect of the castle’s foundations is built up on the basis of the last fortress.

There is uncertainty regarding the precise date of the first building’s construction. However, given some architectural elements, we believe that they were built at the end of the sixteenth century.

The map of the Castle is the same at the medieval fortress.

Windows are projected towards the outside in an awkward, or archaic, way that leaves empty spaces between them.

The 1555 Court of Common in Fleury-en-Bière directly inspires the geometry of the interlocking panels on the low pavilions. Moreover, some other castles were built in the same era around Paris namely; Pontchartrain, Neuville, the Cour des Offices de Fontainebleau.

Gilles le Breton launched the “brick and stone” style in 1528 for the north wing of the white horse court of Fontainebleau.

Walls are made of rubble stones from Fontainebleau forest. As it is a porous material, another protective coating covers them.

Visible cornerstones, foundations and stairs are made of strong sandstone from the gorges d’Apremont.

Where the brick has a purely ornamental and decorative role, geometric designs are apparent on both pavilions on the bridges and windows frames.

In the ground floor ceremonial living rooms, the view stretches over the north and south perspectives with angles that provide a flood of light into the living rooms.

You can go for a walk and observe the pulleys on the east and west moat side wings. These were used for pulling up products and groceries directly in the kitchens located at garden level. As such, it didn’t often happen that the supply met the demands of the guests…

The park is enclosed by walls of the Castle of Bourron which surrounds an area over 40 hectares of lawns and woods in the direction of the Fontainebleau forest. It reveals some surprises hidden behind a little house, the romantic source of the Neolithic era called Source Saint Severe that gives birth to the canal. The statue of Ceres sits on the north floor, the one of Saint Joseph by Fernand Py, under the woods and d’Artagnan house. But the main axes of the French park remain the greatest perspective. These reache the south by the canal and the row of limes, where they meet of the Château de Bourron.

The surrounding areas have been part of the supplement inventory since 1926 and listed as Historical Monument since 1971.

The park and its influence of the gardener fashion across the centuries:

No archives of the park remain as they were destroyed during the Revolution. However, we can retrace the evolution of the park in four steps! Walled medieval-style gardens were neglected during the sixteenth and seventeenth centuries however, the park ‘’à la française’’ was renovated around the end of the seventeenth century and it was during then that the south of the canal was built. During the nineteenth century, the park was converted to an English style. At the start of the twentieth century, in 1930, the Comte Blaise de Montesquiou changed the layout of the park, finally returning it to the former French look with more than 500 feet of lime trees planted in the fields, bomb-trimmed box…